A downloadable game for Windows

The King is dead. Long live the Commonwealth!

Step into the shoes of Oliver Cromwell, the King In All But Name, as you rule the newly established Protectorate. Make tough decisions and try to keep the realm stable during this turbulent time.

The goal of Cromwell: King In All But Name is to keep the powers of the church, people, army and parliament (when they're in session) in balance in order to prolong your rule of the Protectorate for as long as possible. Will you last as long as Cromwell did or will you fail somewhere along the way?

While Cromwell is (or tries to be) educational, it will not give you the full picture about the reign of Oliver Cromwell, the Protectorate, or the events that led up to it. Here are some resources that can help you further educate yourself on the topic:

Where Credit Is Due

If you have any suggestions or if you've experienced any bugs or glitches during gameplay, please submit a bug report in the discussions below or at: https://www.thedigitaltechnologist.com/support.

It literally says it is inspired by Reigns guys, they know. It's still new content. Like fanfiction but a whole game.

I keep getting the puritans overthrowing me. Am i misunderstanding the mechanics? It seemingly happens regardless of whether the church is powerful or not

Reply
The Digital Technologist2 years ago(+1)

Hi, thank you for playing!

Sorry for the confusion; the Puritan ending can occur when either the Church or Parliament are imbalanced in the current version. Some choices imbalance the powers more than others.

I will try to diversify the endings a bit more in future releases.

Read the description. The gameplay is inspired by Reigns. He does all the gameplay and design but with the "Reigns spirit". I don't already play this game but i think that the story, the events are different.

my friend actually worked on the reigns games, this is just a rip off of that. why do this??

The Parliamentarian conquest was brutal, and Cromwell is still a hated figure in Ireland.[4] The extent to which Cromwell, who was in direct command for the first year of the campaign, was responsible for the atrocities is debated to this day. Some historians[5] argue that the actions of Cromwell were within the then-accepted rules of war, or were exaggerated or distorted by later propagandists; these claims have been challenged by others.[6]

The impact of the war on the Irish population was unquestionably severe, although there is no consensus as to the magnitude of the loss of life. The war resulted in famine,[7][8][9][10] which was worsened by an outbreak of bubonic plague. Estimates of the drop in the Irish population resulting from the Parliamentarian campaign range from 15 to 83 percent.[11] The Parliamentarians also transported about 50,000 people as indentured labourers.[2] Some estimates cover population losses over the course of the Conquest Period (1649–52) only,[12] while others cover the period of the Conquest to 1653 and the period of the Cromwellian Settlement from August 1652 to 1659 together.

this is just reins 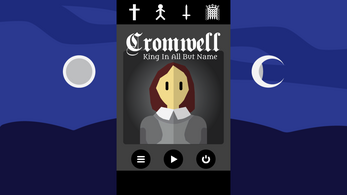